Hope is a good thing; maybe the best of things…will Narendra modi led government deliver on expectations that have been raised?


The mood in the country since 2013 was of pessimism. Consumers had postponed their decision to purchase goods and invest in assets, businesses had put a break on investing in new projects, job creation was at an all time low, GDP had plummeted to a 4.5% level, inflation had been as stubborn as a 3 year child, and bureaucrats had stopped moving the files. The buzz word was Election…Election…and Election.

Now that, Elections are done with, what is the current state of mood in the country? Prime Minister designate Narendra Damodardas Modi will take charge today 26th May 26, 2014. Does he posses the magic wand to cure all the ills plaguing the Indian economy today? Then, how the hell this mood and subsequently the economy will improve? What will be the trigger that will make fence sitting consumers to buy goods?  What will enable businesses to invest in new projects? Well, again, it’s that magic thing called “Mood”…and no, we are not talking about the Moods condoms…..what we are talking about is the feeling of optimism among countrymen. Has it changed already from pessimism to optimism? Stocks markets seems to suggest so….the sheer size of BJP led NDA victory has enthused the capital markets and according to some experts this could be the beginning of mother of all bull runs that this country has ever seen. 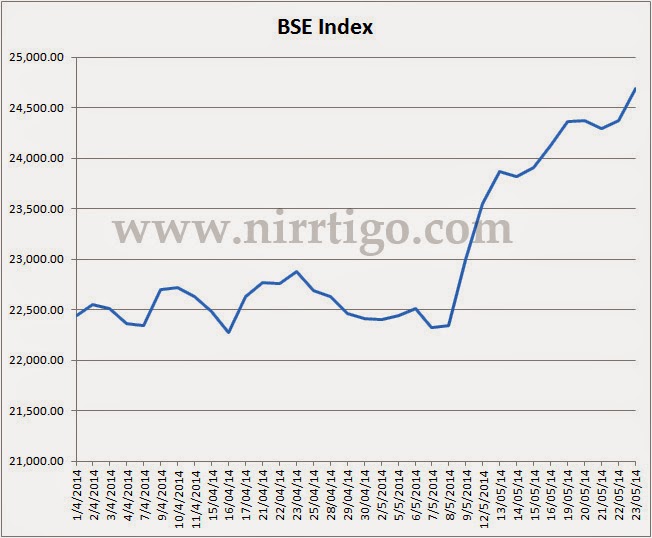 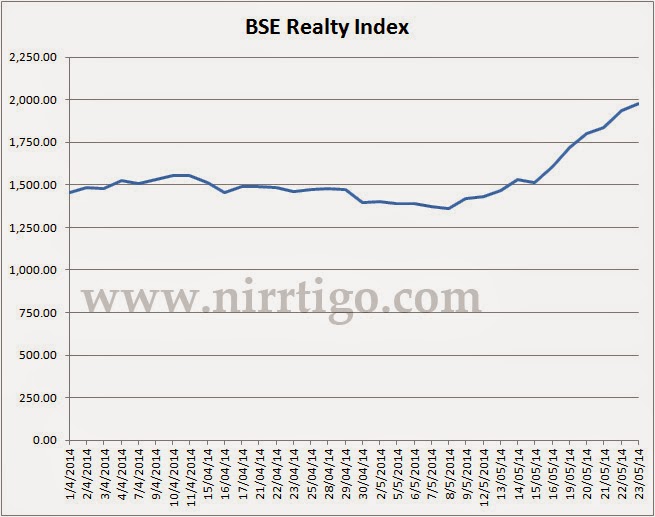 Why are stock markets so upbeat about Narendra Modi? Decisive; able administrator; and economic development are some of the adjectives that are used to describe him. In my opinion, however, it seems he wants to go down as the greatest political leader in India since Mahatma Gandhi; it is this urge or fire which is driving him. And this urge has resulted in a hope and this hope which spreads like a viral can create infectious optimism and excitement, consumers will again start purchasing, businesses will start new projects, and bureaucrats will become efficient.

According to Keynesian Economics, There are 2 aspects to revive a faltering economy, one is by increased government expenditures and lower taxes to stimulate demand and pull the economy out of the Depression, and the second is Animal Spirit.

Post 2008 world financial crisis, UPA-II under Manmohan Singh implemented only one aspect of Keynesian model by increasing government spending to boost demand. Which of course stretched the fiscal deficit and that resulted in high inflation and high interest rates after 2011. However, they overlooked or were incapable to raise public sentiments or hope. Result, According to Planning commission data, GDP grew by 8.59 % in 2009-10, by 9.32 % in 2010-11, and then started to come down to 6.21 % in 2011-12, 4.99 % in 2012-13, and in 2013-14 it is expected to be at 4.5%. Had they improved public sentiments, things would have been different today.

Modi Government has raised hopes but he has to ensure that these expectations are complemented by action on ground. Because, make no mistake, without any substantive action, hope will soon dither.

Will he be able to deliver and fulfill these expectations???

When buying a piece of real estate such as land, apartment, or shop, we come across various kinds of area units. In some instances, we may know the conversion factor and for others we use our calculators.

Here we present a widget for you to convert areas from one unit type to another.

In order to involve the private sector in the process of urban development, the Department grants licenses to the private colonizers for development of Residential, Commercial, Industrial and IT Park/Cyber Park Colonies in accordance with the provisions of the State’s Development and Regulation of Urban Areas Act. These licenses are granted to the owners having clear title of land in their favor.

Private real estate developers or colonizers are expected to pay fee to ‘Town and Country Planning Department’ for land conversion, and License grant.

Customers who buy apartments from private developers should visit the local state ‘Town and Country Planning Department’ website to verify the project License number and other related approvals.

Here is the list of Town and Country Planning Department for Indian states.

Secunderabad gears up for transformation

Hyderabad has always been the first to see widespread development and infrastructural growth. One half of the twin city, Secunderabad came close second to Hyderabad for all major projects and plans by the state government. Despite the fact that both these cities come together to form the 6th largest urban agglomeration in India. But things have changed now, with Hyderabad getting densely populated and with little or no land availability, it has given an opportunity for Secunderabad to flourish. In the past few years there has been vast improvement in the area with better infrastructure and other basic amenities.

Connectivity and social infrastructure has remained an important asset for this city. It is connected to Hyderabad via Tank Bund Road, one of the most important arterial roads. This erstwhile British colony has also remained abreast with all major educational and healthcare facilities for its residents. Largely a cantonment area, it is also headquarters to the South-Central Railway- the largest railway junction in the state and many other defense units. Most Secunderabad properties have hence been a part of the public sector, owing to a number of government establishments.

Today this city has opened up to private commercial investment. Secunderabad has seen a surge of IT companies like ITC, Infosys, and Mahindra Satyam in the past decade. Like Hyderabad, it has also greatly benefited by the IT/ITES sector. Real estate in Secunderabad has been the biggest beneficiary of this trend. It has resulted in a major escalation in prices of both residential and commercial real estate. Land owners and property owners have greatly benefited from this, thereby fetching manifold ROI (return of investment).

Hyderabad 'Metro Rail’s Corridor 3' runs across Secunderabad at the railway junction and Parade Grounds area. This corridor which is running from Nagole to Shilparamam will be an important factor in determining the changing real estate scenario here. The city has been facing political and economic turbulence for the past few years. The prices have seen a good pace since the settlement of the Telangana issue, but post-election stability will have a great impact. This whole issue of Telangana came to rest in Feb 2014 with investors and Realtor heaving a sigh of relief. The completion of Hyderabad metro by December 2014 will improve the realty market too.

Populated mostly by individual homes, Secunderabad has seen a growing trend of apartments and gated communities. A recent development in the local real estate division, the residents have shown a good response to multistory apartments. The last quarter of 2014 will see the announcement of many new projects in the area to cater to the growing population wanting to live closer to the entertainment hub of Hyderabad. Flats in Secunderabad will see a huge price appreciation mostly after the completion of the metro rail project.

This infrastructure development will bring the twin cities together, as the transportation will not be a hindrance anymore. Things are looking up for Secunderabad this year with many important projects by top builders in the pipeline.


To boost housing projects all over India and to achieve the goal of urban and housing development, Housing Boards have been formed in various States of India. These boards work towards expansion of the property market and development of well-planned and ideally located colonies. Incorporated by the Government of different States after hard work and strenuous efforts of many months, the mandate of the Housing Boards is to carry out well organized as well as aesthetically designed development programs all over the nation.

The objectives of the Housing Boards of India are:

Here is a detailed list of housing boards across India: