Unlike the disintegrated residential sector, a few distinguished developers, with the support of investors, are building quality office spaces in the central cities.

The chief operating officer of JLL India said, “While demand for good quality office space remains high, absorption will be lower this year because there isn’t adequate supply in the market. Also, demand is high but relevant supply, which depends on location and other advantages, is restricted. We expect the sector to continue to do well.”

As per the property advisory CBRE, Bengaluru is riding high on the demand and the supply of office space and the vacancy level of its office buildings is the lowest. In Pune region, the scarcity of good supply has led to many people showing interest in Grade B buildings as well. One of the worst hit areas was the National Capital Region, grabbing only 37% of the 5 million sq. ft of office space or leasing.

Post the economic dip in 2008, many builders ceased to invest in capital-intensive projects and started showing interest in the residential market. The next few years saw many large apartment projects, resulting in a glut. The market, therefore, experienced a slowdown in the year 2012-2013.

The leading developers in building office projects are RMZ Corp, Embassy Group, Panchshil Realty and DLF Ltd. Most of these names have the support of global investors. Over 80% of the commercial office spaces are occupied by information technology (IT) and IT-enabled services (ITES) clients, the left ones are for the e-commerce firms and banking and financial services.

Panchshil Realty, backed by Blackstone group has added 5 million sq.ft of a new area in Pune for three projects. The Panchshil Reality Chairman Atul Chordia said, “We lease around 1.5 million sq. ft. office space every year, so we just have to keep building because the demand is high.”

DLF doesn’t have any residential launch this year, but the largest developer of India as per the market value plans to cover two-three million sq.ft office area in its lease/rental portfolio. The real estate giant seeks to repeat its success in developing a nearly 30 million sq. ft commercial portfolio over the past decade.

DLF has begun to work on a 2 million sq. ft office project in Gurgaon this year and is also going to cover 1 million sq.ft of the IT Park in Chennai. Chennai is seeing an investment from DLF in the commercial market, and increased investment in apartments in Chennai OMR by the House of Hiranandani.

K. Raheja Corp group based in Mumbai is also planning to spend about INR 2000 crore in purchasing land and building 6 million sq. ft of office space in the area of Navi Mumbai.

The year 2016 is likely to observe two massive private equity investments in the commercial sector. While DLF is in the course of selling a 40% stake in its lease assets arm to get about $2 Billion, another $1 Billion investment is being invested by Brookfield Asset Management Inc. to purchase the office and reality assets of Hiranandani Developers in suburban Mumbai.

Like the developers switched focus to the residential market post the financial crisis of 2008, the commercial office projects are gaining popularity now. Some developers are rearranging their portfolios to build more office spaces.

Bijay Agarwal, MD of Salarpuria Sattva Group said, “While entry barriers are low in residential and there are too many developers, office development is not easy and as a result, we have a few serious developers building good projects,”

The 5 Craziest Haunted House Stories of All Time in India

Bam! A thunderstorm roars with scary intensity, seemingly taking the electricity with it.

Backup generators stop functioning and the temperature in the room seems to drop by 10 degrees, making it unnaturally cold. You know you are all alone in your apartment. But you get the sneaky feeling that you aren’t. 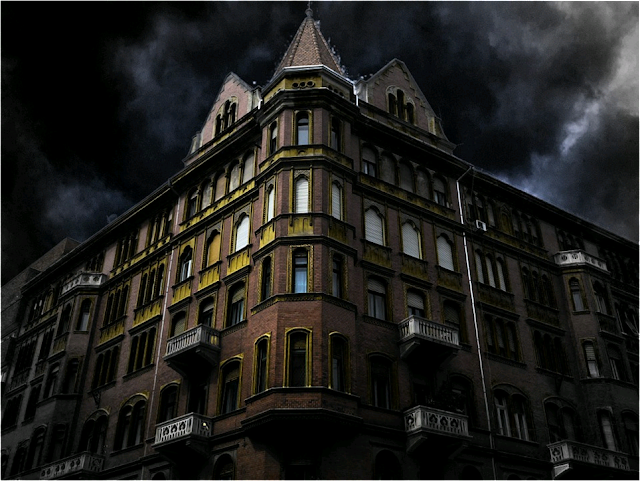 These are some of the stories from people that have lived in or around some of the haunted houses in India.

But where are these houses, you ask? Here are the tales of some of the craziest haunted house stories the internet has heard of so far.

Constructed by Raheja Developers, The Vrindavan Society is a luxury apartment complex with over 100+ apartments in the Thane region of Maharashtra. To this day, all the houses here are occupied (thanks to those irresistible ‘flats for rent’ placards). However, people here live in constant fear and are even worried to step out of their homes after dark.

Curious to know why? It was reported that a man living in this complex committed suicide. Ever since that fateful day, residents and night watchmen claim to have witnessed some paranormal activity almost every day of the week.

In fact, one of the night guards has a strange incident to narrate: during one of his late-shifts, while he was nodding off in his chair, a tight slap jolted him back from his sleep, almost toppling him off his chair. He summoned a few of his colleagues to check if an intruder had entered the premises.

However, after searches proved futile, residents concluded that this was the handiwork of the unnamed man that died within these quarters.

As the legend goes, two elderly couples used to live in this rental property. Unexpected events saw them being murdered in cold blood by unknown assailants. But even after their death, the couples’ spirits have supposedly lived on in this place.

Passersby and other locals have complained that they’ve often heard muffled laughter, strange voices, and soft whispers coming out of the house; this has left the witnesses baffled and very, very scared.

Among the many haunted places in Mumbai, D’Souza Chawl takes the cake, and has even been reported several times in the media. According to local lore, the spirit of a deceased lady roams the corridors of D’Souza Chawl at odd hours of the night.

Supposedly, the lady fell in the only fresh-water well in the vicinity and succumbed to death and hasn’t found the peace she was looking for.

Located in one of the poshest areas in Mumbai, this complex has sadly played witness to over twenty suicides over the last decade. These unnerving stories begun with the suicide of a couple, followed by the jumping of their children and grandfather a year after that.

Ever since then, there have also been reports of maids and children falling to their deaths on multiple occasions. Just what the reasons behind this are, we don’t know.

A lot of haunted places are abandoned, and GP Block in Meerut is no exception. This place has been so unnerving that people have supposedly even stopped passing by the building. According to reports, several of the locals have witnessed the sightings of ghosts: 4 drinking men illuminated by the presence of a single candle.

Initially, the story was discarded but upon further prodding by some youngsters, it has become apparent that the 4 men were in fact spirits and not a group of friends. There have also been tales of a woman in a red sari who accompanies these men and walks around in the dark.

So, next time when you are looking to lease flats be sure to do a recon and verify that the building doesn’t have an eerie, dark paranormal story behind it. Better yet, pick one of the convenient property management services, or log on to zenify.com to find the house of your choice.