India is a land of many states and within those states are multiple cities and villages. These areas give ample opportunity for developing both residential and commercial infrastructures. The real estate industry in India has grown massively and continues to do so with every passing Year, however, with the induction of a new promising government, realty sector in 2014 is expected to revive and the smaller cities like Mathura, Varanasi are no exception to this revival.

The concepts which have received maximum popularity in 2014 are:

The saying ‘Home Sweet Home’ fits Indian realty’s current demand perfectly. Studio or 1 BHK apartments have emerged as the latest and most promising developments in the current residential trend of the country. Studios or 1 BHK are mostly made on small Square feet of area and are generally more cost effective than the 2 or 3 BHK apartments. 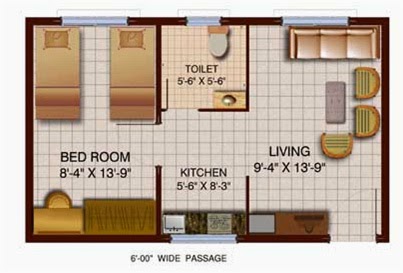 According to Kapoor of Liases Foras, “around 15,600 studio apartments, accounting for 8.6 million sq ft, are being built in the top six cities-Mumbai, National Capital Region (NCR), Bangalore, Pune, Hyderabad and Chennai”.  Among these cities, NCR currently ranks on top with around 7 million sq ft, mainly on report of tentative activity and development regulations.

A study done by a Bangalore-based e Business consulting firm shows the purchase of second-home has increased by 50% from 2002 to 2007 in India. The movement declined a bit in 2008, mostly because of the bad economic conditions in the U.S., Amar Sodhi, proprietor of Avatar International, a U.K.-based property brokerage said.

According to Sodhi the boom has been highest in the upper class of the market. But now, as another 10 million people join the ranks of the middle classes, more affordable housing is popping up”.

It’s not just the Indian investors; Non-resident Indians (NRIs) have also shown interest in these mid-levels housing. The benefits that NRIs get are that they can not only invest in India’s real estate because they were born here, but also for their parents or grandparents who still lives in India.

According to Sodhi, NRIs who belong to Delhi, the nearby cities like Gurgaon and Noida are the ideal spots to live in. The reason for this is their proximity to the capital city, but also because they’re very near to an international airport”.

Presently, Gurgaon holds over 1 million residents and the city is repidly expanding. The biggest attraction for the second home residents is the plethora of shopping malls in the locality.

Noida, is known as an IT hub. But quite recently, it has been getting attention from the second-home investors with lavish real estate expansions and the 222 acre golf course.

With increasing income on one hand and the growing need for relaxed weekends on the other, the concept of second homes appears to be gaining popularity. The National Council of Applied Economic Re¬search analyzed that the number of households that can be termed as rich is expected to become 11 million by 2013 from 3 million in 2003. While the population of mid¬dle class buyers is expected to grow even more drastically, from 46 mil¬lion in 2003 to 124 million in 2013. The number of High Net worth Individuals in India has grown at the rate of 20% YoY, second to Singapore.

Second Home locations:
National Capital Region suburbs have farm house layout. These layouts are made in groups around Chattarpur, Rajokri, Mehrauli and Bijwasan; the hill stations of Uttarakhand, the religious grounds of Mathura and Vrindavan and also Haridwar.

Chennai has the second home hub in the Pondicherry area and the Yercaud region near Salem, a hill station in the Shevaroys range.

People in Bangalore can live and buy a home in Bangalore, but as far as second home is concerned, Mysore always receives maximum eyeballs. The town is known for its cleanliness and hygiene. Moreover, it is known as the second cleanest city in India and was rated as the cleanest city in Karnataka in 2010. Ootacamund (or Ooty) is one of the most primary choices among people looking to buy a second home.

Hyderabad's populace believe that Vizag is an ideal location for investment as a second home in the state.  The specialties of real estate in this land include affordable property rates, potential for good returns, pleasant climate and the point that it’s located on coast also adds value.

Indian economy is 2/3 rural in 2014; but by 2040 it is predicted to be a completely urbanized country. Delhi and Mumbai are part of the league that includes largest cities in the world (giving rise to the demand for more development in the nearby regions).

Smart cities are all about incorporating the old India with the new. Hence creating a new prototype for Commercial real estate and housing, one example of a smart city is Singapore. The current government of India has budgeted Rupees 7060 crore for the development of smart cities all over the country. 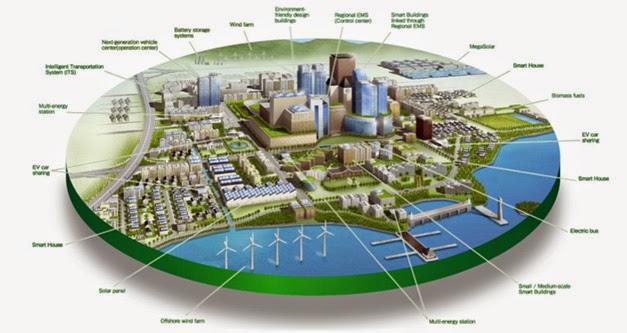 Delhi, Mumbai, 40% Rajasthan, Chennai, Bangalore, Amritsar and Kolkata are the cities chosen to be converted into the smart cities of India. The government of India has planned to collaborate with Singapore for providing its expertise in the development of smart cities.

The city is projected to provide a state of art design and will be home to finance and technological companies from states like, Mumbai, Gurgaon and Bangalore. 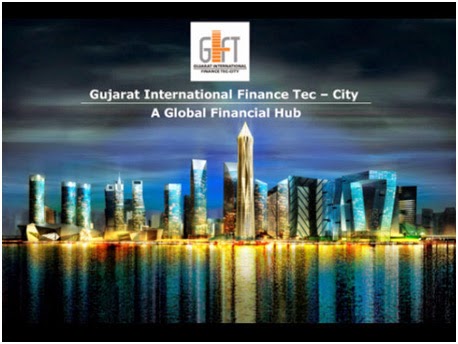 The city will be linked all the way through an Internet Gateway, supreme next generation IP-based network and International Fiber Landing System.

The city will open up many unique transportation systems-
The city will establish many landmarks including, GIFT Gateway Towers, GIFT Crystal Towers, GIFT Convention Center, a structure of salt crystals, inspired by Mahatma Gandhi's Dandi March.

This is a blog post by Tripti. She is a professional writer and avid reader who has been in the writing industry for 2 years now. Her work ranges from articles on property to education and employment.