Can I time the real estate market?


During the period of 2003 to 2008, property prices appreciated sharply. Land prices almost tripled in most parts of the country on account of faster job creation, urbanization, and rising income levels. Were these the only reasons for sharp appreciation? No, say the experts. According to them, real estate is a cyclical industry and at the beginning of the last decade, real estate prices were at their nadir. The coupling effect of sharp GDP growth and cyclical nature of the real estate industry resulted in a sharp appreciation of property prices from 2003 to 2008.

However, as the world financial crisis hit the world economy in September 2008, the GDP growth of most emerging economies started to dwindle. India was no exception and government & RBI brought in policy measures. In fact, the advent of the global financial crisis in 2008 caused a resurgence in Keynesian thought. Interest rates were lowered and government-provided stimulus (total spending in the economy) to boost the economy. At one point in time, RBI’s repo rate came down to a low of 4.75% in April 2009.

The impact of the financial crisis was severe in the real estate market. Some of the large real estate developers started offering a discount to the tune of 20% in 2008. The sector began to recover on account of government policy initiatives and the lowering of repo rate. However, massive government spending and low-interest rates during the period of 2009-2011 resulted in inflationary pressures. And the focus now shifted to tame inflation and thus interest rates started to go up and that resulted in a decrease in investment by individuals and companies.

In the last 2 years, real estate transactions including office space absorption and home sales have come down. The prices have stagnated in most micro markets. 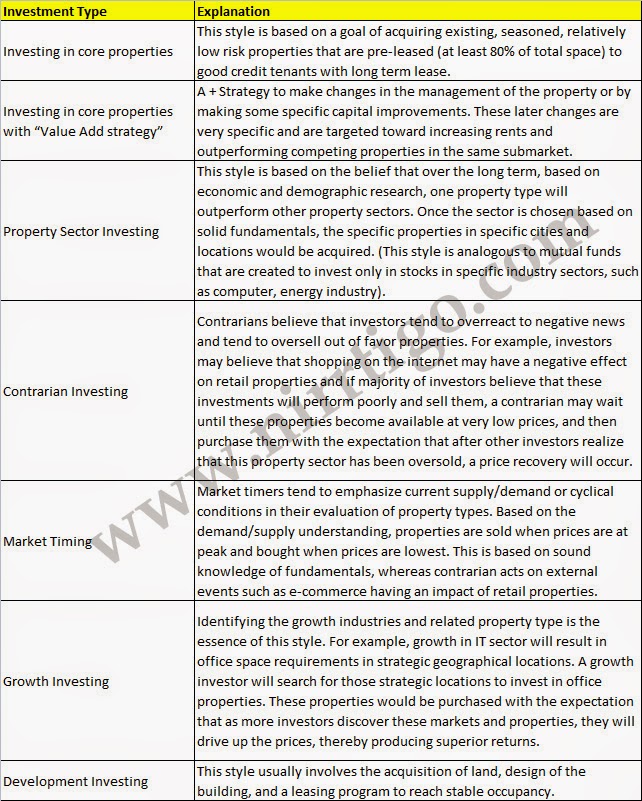 2. Demand drivers
Following are demand drivers for the real estate sector
This is a no brainer; even my grandmom would say prices would appreciate more in cities/markets where there is all the likelihood of work or jobs creation or setting up of industries. Therefore, as an investor one should regularly visit the city development authority’s website and analyze the city’s master plan. A master plan would ideally comprise the road map for the city's development including the setting up of industries, educational institutes, recreational zones, and residential development. At the same time, pay attention to the news which highlights the setting up of a particular industry in your region. For example, the driving industries in Gurgaon are Auto and IT, and setting up these industries in the 80s and 90s has resulted in a real estate boom in the city.
Growth in population requires the development of housing. Other societal changes such as the rise of nuclear families, the movement of skilled workers from other parts of the country again require the development of housing. Analyze the population growth in your city by following census reports along with indicators for urbanization.
It’s true that setting up an industry in your region would result in direct and indirect job creation which will lead to a variety of real estate development. However, pay attention to what kind of industry is this? And what are the income levels of people in your region? For example, real estate prices in Gurgaon have appreciated more because of high-income levels of people in the city as opposed to say Bhiwadi (primarily a manufacturing town being developed under the Make in India program) where income levels are low.

3. Supply elements
Following are the supply elements that affect the real estate sector:
As explained above, interest rates have a direct impact on the supply of real estate. High-interest rates bring down the overall supply. On the other hand, low-interest rates encourage investment by both individuals and companies.
Again one should look at the city’s master plan for availability of land. If land supply is limited, it is a good indicator that real estate prices will shoot up faster than expected. And if there is plenty of lands available with the city development authority; it will mean price appreciation will be linear. For example, in Delhi, due to limited land parcels, property prices appreciated sharply. However, now, DDA has initiated the land pooling policy and has demarcated new land parcels. It is now expected that the availability of this new land will put pressure on existing property prices in the city and city outskirts. Raising the FSI/FAR can also result in the softening of property prices. Track those developments.
One should also pay attention to the existing supply of physical and social infrastructure in the city. In certain cities such as Greater Noida, physical infrastructure is in excellent shape. But property prices have not appreciated sharply. This is because social infrastructure which includes industrial development is minimal.

Equilibrium
As long as supply and demand are in equilibrium, the returns from real estate investment will be linear. Therefore, as an investor, one should look for distortion in demand and supply curves. If demand is expected to be higher than the supply, it calls for investment in real estate to make windfall profits. If supply outdoes demand then it will yield low returns on your investment.

Did you follow these 3 principle ideas for real estate investment?