What is the impact of Interest (Repo) rates on Housing & Housing Prices Appreciation in various cities in India? Is there any direct relationship?


Ok, everyone including the real estate developers, builders’ apex bodies such as CREDAI, brokerage houses, and other related industries are shouting from the roof tops for interest rate cuts to revive the demand in realty sector. Every time there is a review of monetary policy by RBI, numerous articles in leading newspapers are published on how the rate cuts can boost demand and bring back fence sitting customers in investing in real estate in India. However, RBI has resisted such calls and instead has focused on bringing down the inflation. Now that, inflation has come down, can we expect rate cuts? Mr. Raghuram Rajan knows it best. Let’s leave it to him and his team at RBI.

But, let’s explore, is there any merit in the builder’s argument for reducing the interest rates? Will rate cuts boost demand?

Let’s go one by one.

As can be seen from below graph, the pace of housing price appreciation has slowed down since 2010. What does it suggest? Well, it suggests, that demand has been falling gradually since 2010. End-users or investors are postponing their decision to invest in real estate. Assuming influx of new housing supply to be constant from 2010 to 2014. 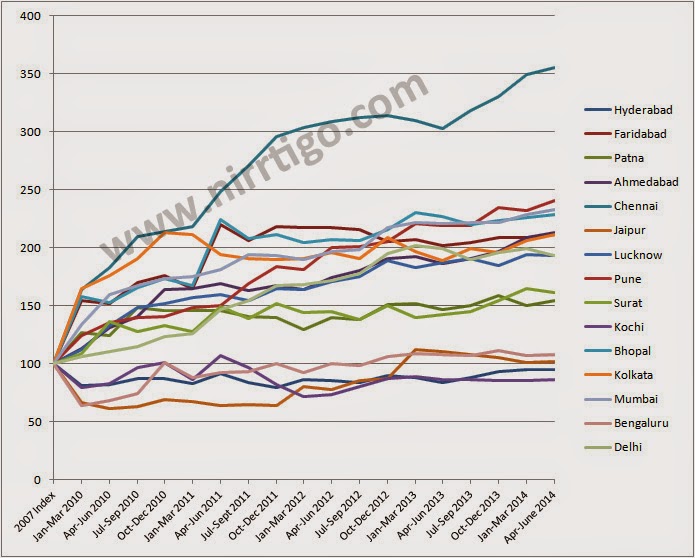 Repo rates have increased from 5% in March 2010 to 8% now. Repo rates are rates at which RBI (central bank) lends money to banks or housing finance companies. 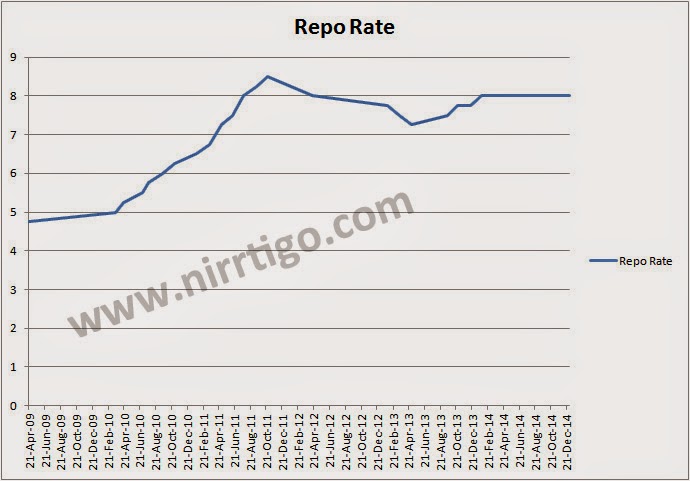 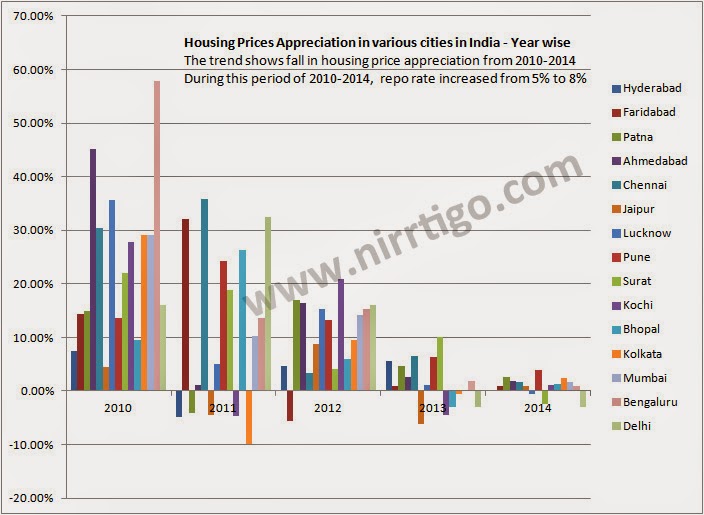 While rate cuts will certainly bring back customers to market and we may see improved activity in real estate investment. However, just like demand waned gradually from 2010 to 2014, similarly, demand will pick up gradually and we may see the full potential somewhere in 2017.