Why should we all rate and review real estate and housing projects? Your opinion matters!


Sumit is working in an IT company for the last 12 years. He got married 6 years ago and having been relocated to many parts of the country in these 12 years, he finally decided to settle down in Bangalore. With this in mind, he started hunting down for the house within his budget. After some 4 months of home hunting, he zeroed in for a developer project in an upcoming region within Bangalore. He signed in on the sale purchase agreement and made the booking amount. He booked an 1800 sq ft apartment in January 2008; he was looking forward to moving in by late 2011, as promised by the builder. But even after four years of paying the entire sum, the developer seems in no hurry to hand over the possession of Sumit’s house.

"I had aggregated mine as well as my wife’s savings to purchase this house. The company was to hand over the possession by December 2010, but even by January 2011, they had not begun any construction activity on the proposed site," he says.

Sumit is not alone. There are countless such cases where buyers are still waiting for their homes and have not received a single rupee as compensation from the builder. The wait has been particularly tough for those whose EMI clock has begun ticking.

There have been cases where cost of home has been unjustifiably escalated during the construction stage; possession has been delayed; short changing on carpet area and super area of the home; sub-standard amenities; and so on.

So what is it that is plaguing the industry?
Why does this happen? Why don’t builders deliver on their commitments as stated in the sale purchase agreement? There are many reasons ranging from lack of demand, paucity of funds for the developer, delay in getting regulatory approvals, unethical practices, greed, etc.


Steps taken to cure the problem (At Government and private sector level)
Can the situation be resolved? There have been efforts made by developer community. An industry body has come up with a code of conduct for its 6,000 members to 'maintain the honor and dignity of developers, promoters and builders'. The government has proposed to form an industry watchdog “Real Estate Regulatory Act”. However, will these steps solve the issues? There is cynicism among public and experts alike about these remedies.


What can we do as a community? Why should we rate and review the real estate and housing projects? 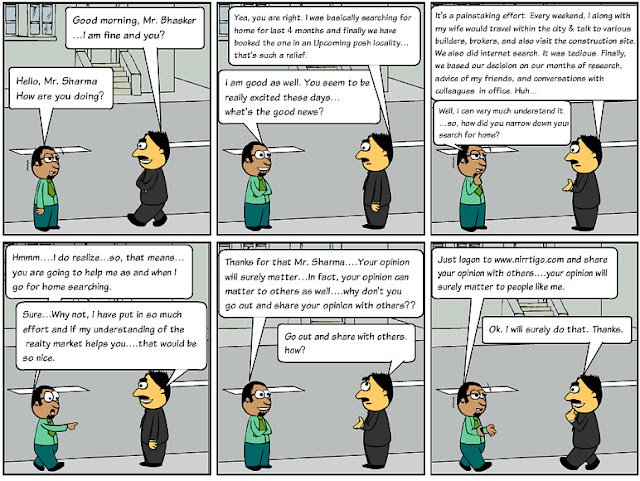 How to rate and review real estate projects in India?

Step 2: Find your project by typing in builder name, or project name, or search by locality 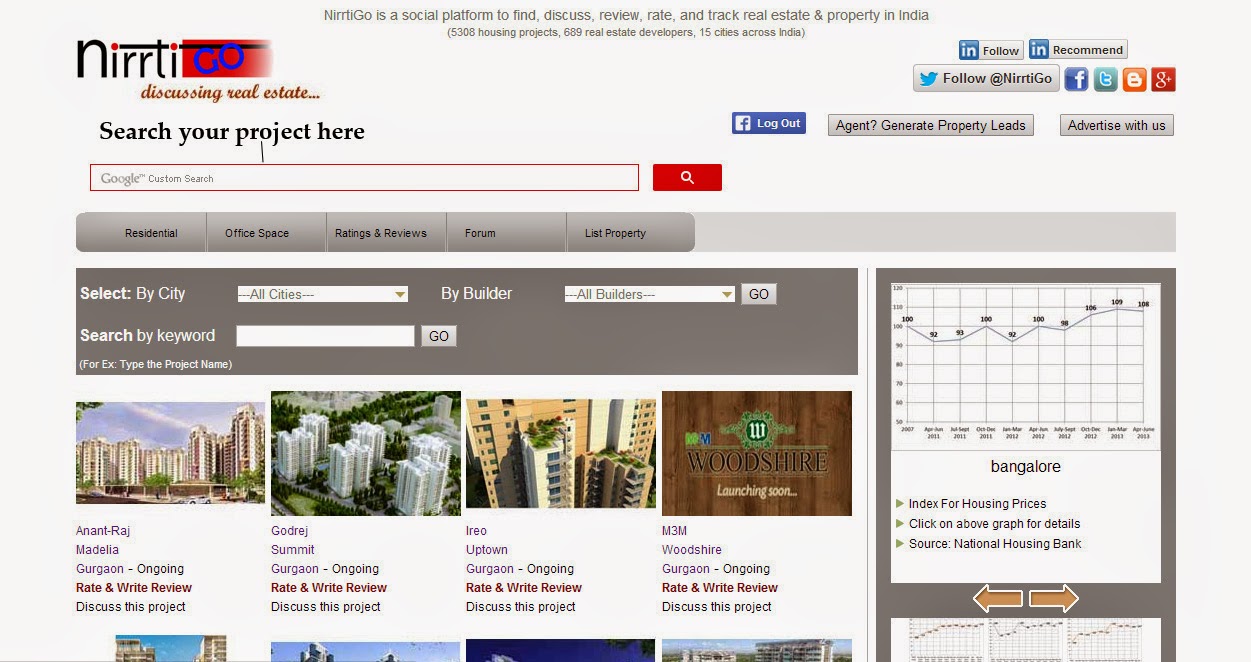 And then simply write the “Title of the review” and “detailed review including your recommendation”. At the same time, rate the housing project on various parameters such as location, floor plan, amenities, specifications, value for money, ratio of carpet area to sale-able area, etc. 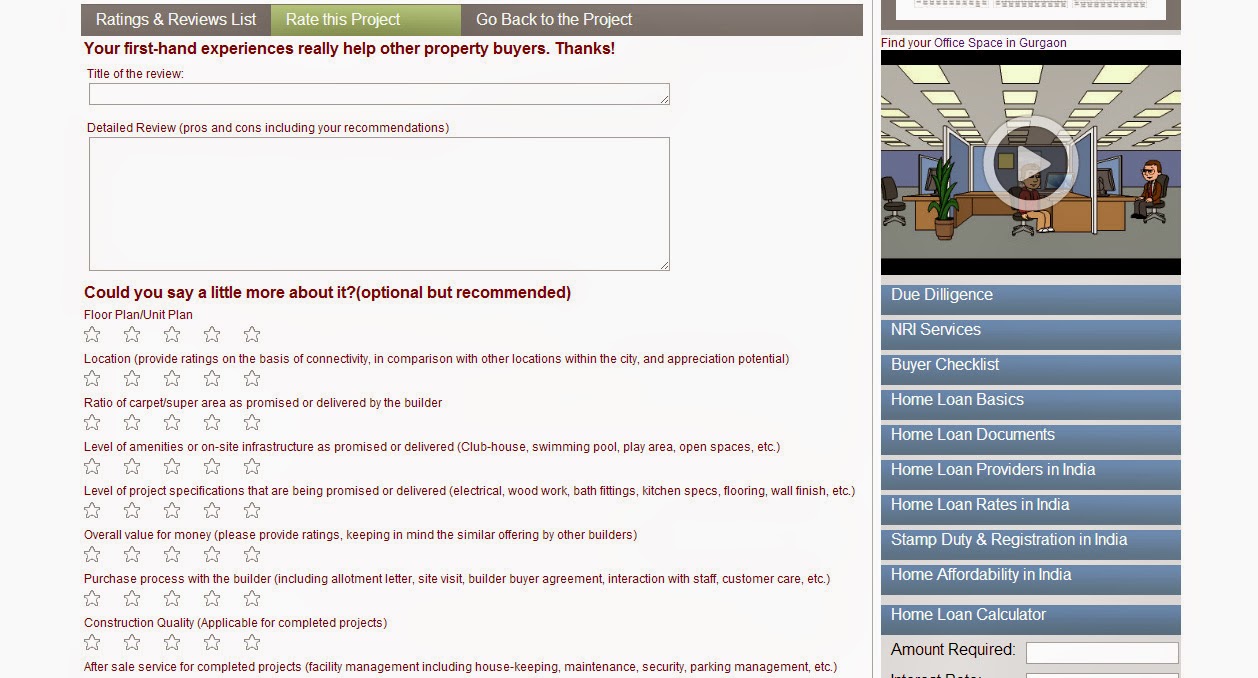 So, did you rate and review your project??