Another one bites the dust! Well, we are talking about the latest scam or scandal or irregularity or blunder or whatever you may call it in real estate sector in India. This time, it’s the Supertech’s Emerald Court project in Sector 93-A Noida on Noida – Greater Noida expressway.

What happened? The project was started in 2006 and permission for 15 towers of 11 storeys each was given. However, in 2009, 2 towers namely ‘Apex Tower’ and ‘Ceyane Tower’ of 40 storeys each were added to the project. That means addition of 857 new apartments.

So what? It all looks fine, where is the irregularity? Well, these two new towers violate the UP government’s 2010 apartment act. The 2010 apartment act which was being designed by ‘Babus’ says that builder should take permission from existing buyers before construction, and should also follow the maximum density norm (maximum number of people in one acre), FSI norm, minimum distance between two towers, etc.

So, were these guidelines of the ‘Apartment Act’ flouted? Yes, that seems to be the case and therefore Allahabad High Court has ordered to demolish these 2 towers of 40 storeys each.

So, whose fault is it primarily? Builder says, we will appeal in the Supreme Court against the judgment because project is legal and has all the necessary approvals from the Noida Authority? Whose fault is it then? Is it the fault of ‘Babus’ of Noida Authority? Nah….it can’t be, they work hard to make sure that whatever they design (2010 Apartment Act) is implemented by hook or crook. Then whose fault is it? It’s the customer’s fault you stupid…why did they buy these apartments? They should have done their due-diligence….isn't it? Hmm….. 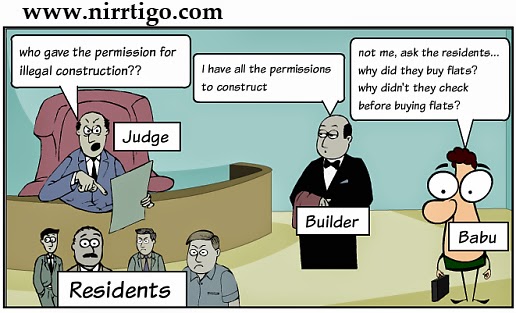 Well, on a serious note, time has come for Courts to look at the role of the ‘Babus’, and if necessary spank them at their back side severely for allowing illegal construction.

Customers can not be taken for a ride by colluding builders and authorities. The babus who are supposed to protect the interests of home buyers are busy amassing tens or hundreds of crores of illegal property for themselves by taking advantage of their positions.

Since, 2011, these scams have been a common phenomenon:

In 2011, DLF’s Belaire project in Gurgaon met the same fate wherein charges of project delay, illegal construction of additional floors were raised by the Resident welfare association of the project. 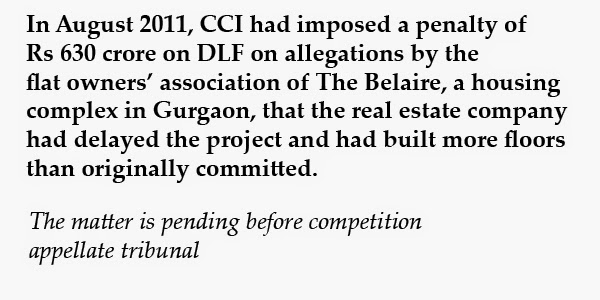 In 2012, Noida Extension fiasco came to limelight wherein farmers agitated against the authorities for acquiring land at throw away prices and also changing the land use from industrial to residential. The matter was resolved after courts intervened in and farmers were compensated adequately. 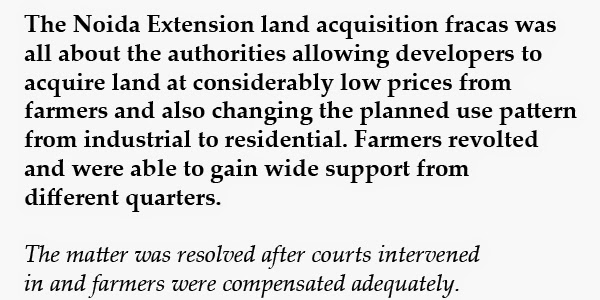 In 2013, we had Campa Cola fiasco in Mumbai wherein illegal floors were built in late 1980s and were ordered to be demolished in 2013. 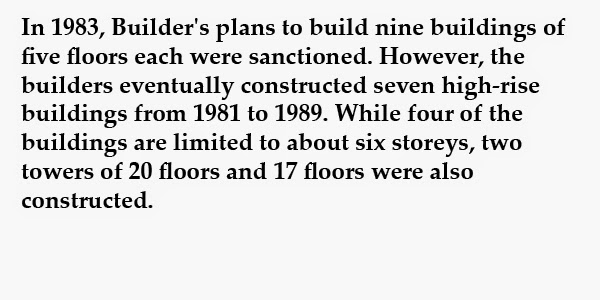 And now in 2014, we have the Supertech Emerald Court matter in Noida wherein again the court has ordered demolition of illegal towers. 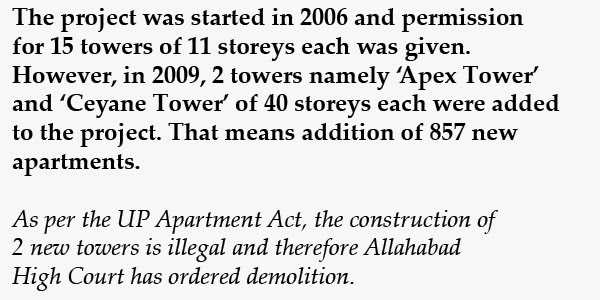 So, will this continue in coming years? Will the ‘Babus’ pay attention to the sufferings of home buyers? Will the ‘Babus’ stand up and implement the laws and acts in all fairness? We will see….But, thankfully for the common man; all is not lost as long as Courts discharge their duties.


Greed on the part of the property developer is ubiquitous, but what explains greed of these Babus who in reality are supposed to keep a check on the greed of developers???