Chennai real estate round up

Chennai commercial real estate witnessed a good amount of absorption in 2013. Most of the absorption was in the prime real estate hubs in Chennai, like the IT corridor of OMR. The residential real estate in the city has witnessed a slowdown in the recent past only because of the pricing of housing units in Chennai. Compared to other metros, Chennai housing and residential real estate market has been on the higher end of the spectrum in terms of pricing. Influx of MNCs and IT companies has been the foremost growth factor in the city. Adding to this trend is the fact that Chennai city is a trade hub and a coastal city with a port that acts as one of the major trade link in the country. Having such potential, the city’s real estate sector has also grown in proportion to the economic development. Additionally Chennai attracts investment in various sectors like education, healthcare and infrastructure. Chennai is definitely a preferred investment destination among all cities of south India.

The Chennai real estate market, which used to be traditional and populated with independent houses has opened up to many other real investments options in the past 20 years. The year 2014 saw the revival of the real estate sector in Chennai. Mostly an end user driven market, 2014 saw a new lease of life in the city’s real estate sector. The city is in the fast track of development and has gone beyond the IT sector today. Manufacturing sector has also contributed to immense growth in the commercial real estate sector. However in terms of pricing the real estate sector has not shown much progress as there has been an increase in labor, material and construction cost over the years. This has added pressure to the overly expensive Chennai real estate market. There has been a record 15% increase in the cost of construction over the years and this applies to all the markets across the country. 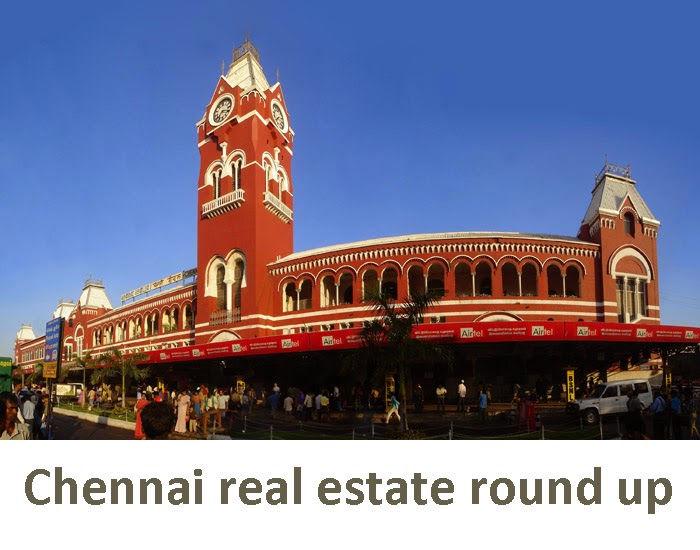 Chennai lags behind most cities in terms of transport infrastructure. Although the state of Tamil Nadu has one of the best road network in the entire country, the intra city transport has been poor and unable to support the growing population. The delay of metro rail has also added to the pressure. Although the pockets near the metro stations have seen a marginal increase in prices, the constant delay has been a cause of concern for many home buyers. Apartments in Chennai are a preferred investment choice as it is the most affordable piece of real estate one can invest in. Independent house for sale in Chennai or land and plot require deep pockets, which amounts to the least kind of investment in the city. Many apartments in Chennai are near the newer investment hubs like Oragadam and the Outer Ring Road.

“Focus is on the Outer Ring Road (ORR) where the Phase I (Vandalur to Nazarthpet – NH 4) has already been completed. ORR Phase II where land acquisition is in advance stages will boost the real estate activity along this corridor. Chennai and its adjoining cities are among the best for primary and higher education in the country today. Healthcare and medical facilities in the city are also among the best available in the country. Development of new hospitals, schools, malls and multiplexes in the emerging locations are all stimulating growth for the city’s residential real estate industry.” Says Sanjay Chugh, Head- Residential Services JLL India to Money Control.