Foreign Direct Investment (FDI) is a good indicator of a country’s attractiveness to global investors. India has been able to attract substantial amount of FDI into various sectors such as services, construction development, telecommunications, computer hardware & software, drugs & pharmaceuticals, chemicals, automobile, power, metallurgy, hotel & tourism. Significance of Foreign Direct Investment can hardly be underestimated and therefore government of India has devised policies which have attracted FDI into various sectors mentioned above. Here is a quick look at the flow of FDI into India since April 2000. 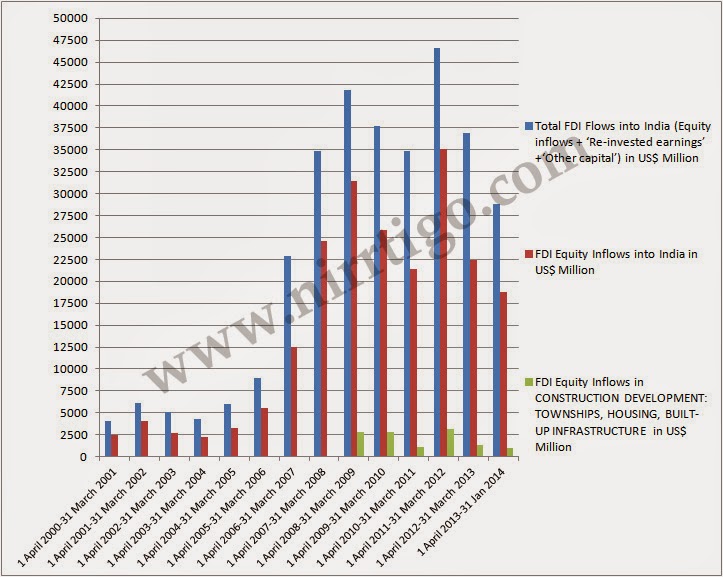 It can be noted from above chart that FDI flows into India jumped from financial year 2006-2007 on account of policy initiative by the government which permits FDI under the following forms: 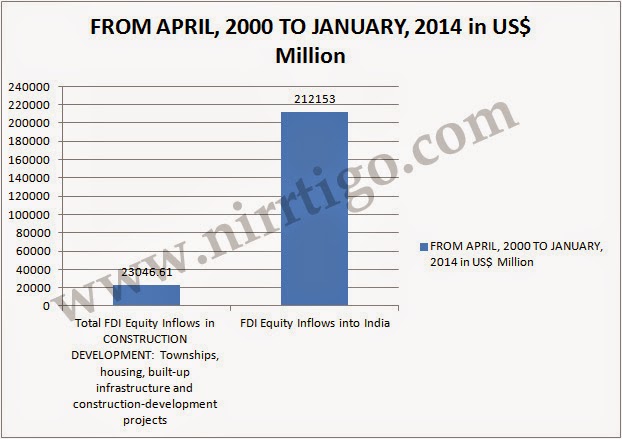 In 2005, India relaxed the norms for FDI inflows into real estate and housing sector by allowing Foreign Direct Investment under the automatic route which means no prior permission is required for approval either from Government of India or the from the RBI. The policy permits FDI up to 100 per cent under the automatic route in townships, housing and construction development projects and hospitality sectors such as residential complexes, shopping centers, malls, multiplexes, Cineplex, commercial offices, hotels/service apartments, resorts, hospitals, educational institutions.

Here are the detailed guidelines for FDI in Real Estate:

Can the sector see increased FDI in near future?
Follow @sach_gupta